An Edinburgh Napier University student has created a range of tableware made from upcycled eggshells. Martina Zupan, a fourth-year product design student, designed and produced the product called “Colleggtion”. 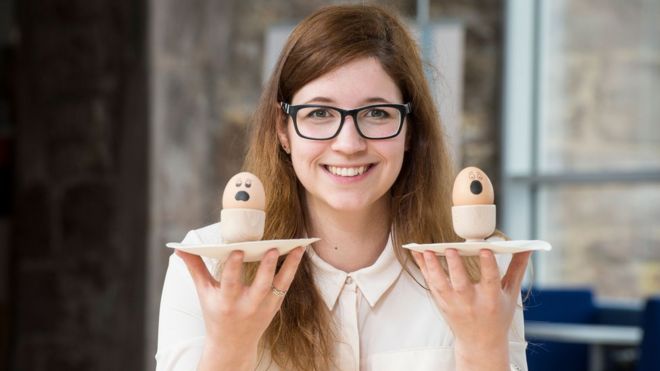 A patent is pending on the disposable tableware idea. EDINBURGH NAPIER UNIVERSITY

The process to make the disposable circular plate with tearaway cutlery currently has a patent pending. The product is one of hundreds of exhibits at Edinburgh Napier’s More Than A Degree Show.

The student believes her tableware could help highlight the opportunities that upcycling waste eggshells can bring. 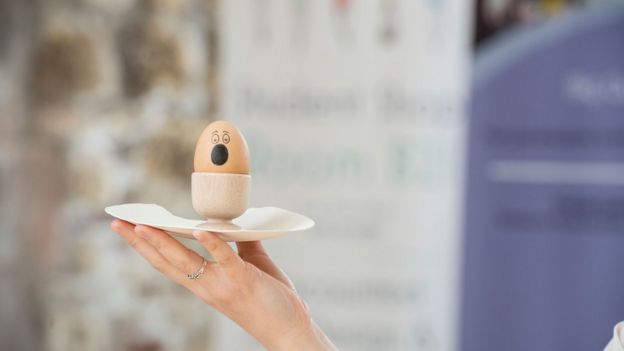 The egg cup and plate are among hundreds of other exhibits at the student degree show. EDINBURGH NAPIER UNIVERSITY

Ms Zupan said: “The idea literally came to me one day as I was making scrambled eggs in the house and after some extensive research I found that

despite eggshells carrying a range of beneficial components, very little was actually being done to upcycle the waste product.

“I tested eggshell powder in a range of formats – including adding it to muffins, into plaster for egg cups and even cement and other resins but it was the tableware idea that really caught my imagination.”